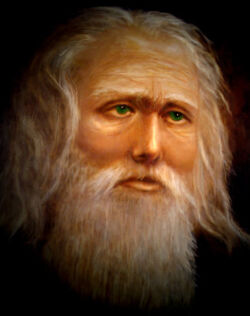 Season(s)
1
Titles
Duchy of Alham
Also known as
N/A
Status
Alive
Age
70
Date of birth
April 19th, 280 AC
Death
{{{Death}}}
Origin
Bog's Rest
Allegiance
House Brackwater
Religion
The Five Paragons
Family
House Gallomont
Portrayed by
N/A
Duke Sammael Gallomont (born April 19th, 280 AC) of Alham is currently a noble dwelling in The Wetlands, and is the patriarch of House Gallomont. He recently inherited his family's most supreme title, the Duchy of Alham, following the death of his nephew Larys Gallomont at the hands of Thyllanorian soldiers in the village of Riverbay, at the same battle now dubbed the Massacre of Riverbay -- it is for this reason that the Wetlands are considering joining the War of Embers and striking out against Thyllanor with the aid of Thunder's Shore, and potentially Frostfall.

Currently, Sammael is dwelling in Blackmire. He considered meeting with the delegates of the Karthmeres and Grimolts alongside his grand-niece Evera in a peace summit hosted at Vicarshall in the spring, but he declined, citing health reasons. In the twilight of his life, he finds no joy in fighting war over land, and merely wishes to achieve what is best for his family.

Retrieved from "https://a-crowns-price.fandom.com/wiki/Sammael_Gallomont?oldid=9599"
Community content is available under CC-BY-SA unless otherwise noted.