View source
watch 01:54
Obi-Wan Finale - The Loop
Do you like this video?
Play Sound
House Theonbara 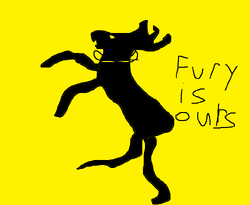 As the ringwraith's came descending upon the Wall, the Night's Watch had no choice but to form their own noble house and fight back Sauron's demons. This house was called Theonbara, and yes it is an original house fuck you khaoskid everyone knows youre a fucking pokemon scammer, they took the sigil of a reindeer. Initially a vassal of the Thyllanorian Empire, the forces of Theonbara largely outnumbered their overlords, and they quickly rebelled and broke free in the land of Thunder's Shore. They have ruled over Thunder's Shore since then with the help of their loyal vassals, House Forrester.

It quickly came to pass that Theon Theonbara turned out to be the famed Dragonborn, the hero foretold in prophecy by the Dunedain rangers for centuries. As the Dragonborn, Theon Theonbara had the natural power to shoot webs from his wrists. In a turn of fate, it would be his jazz dance moves that later sealed his fate. 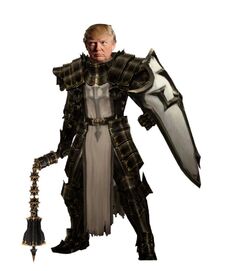 When the Mad King, Aegon Targaryen, burned Eddard Stenwulf's father at Dragonspire Landing, many great houses of Lothlorien declared revolt. House Theonbara would lead the revolution, the revolt coming to be termed as "Donatheon's Rebellion" by many. The war was long and arduous, House Theonbara and House Stark storming through Dragonspire Landing and slaying the Mad King, allowing Donatheon Theonbara to take the throne. In protest, Rhaeonys Dragomyr fled for Doras Essos and declared "Not my King." along with his loyal supporters.

The results of the Galactic Rebellion were felt all across Cyrodiil, with House Theonbara taking over as the ruling house over the great kingdom. Emperor Donatheon Theonbara would be known as Donatheon 'the Great', and as the current ruling emperor declared House Lannismere illegal, having Dalannister Lannismere impaled on a spike over the walls of King's Dragonspire.

Following the Galactic Rebellion, Dalannister Lannismere was resurrected and proclaimed the word of his "heavenly father" to all. He was promptly executed by the order of Donatheon Theonbara, and was forced to carry five men on his back up a hill and back -- in the winter. Skeptics and critics believe because this is an allegorical philosophical and perhaps metaphysical-pseudonormal reference to the faith of Th'Shadow, the Lord of Less Light. It was discovered that Dalannister had nine followers in his entourage, that just happened to be the Ringwraiths, who would later descend upon the wall and summon the Night's Watch yes the Night's Watch is an original concept fuck you Dermond, everyone knows ur a traitor to defend the worlds of the Imperium before the Zerg descended upon them. Known history repats itself, and House Theonbara is history. We are all House Theonbara. SUCCUMB. SUBMIT. ASSIMILATE.