Helman Stone II to his daughter Haelana StoneHe'd be the Aegor IV of The Wetlands. Nothing more than a fucking tyrant with a huge ego.

Haythem Brackwater is the younger brother of Rolland Brackwater, the older brother to Pelagius Brackwater, and a pretender to the title of Lord Paramouncy of The Wetlands. Not much is known about him outside of the Wetlands, but almost all who meet him agree that he is everything wrong with a ruler. 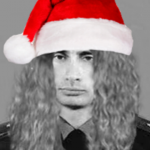