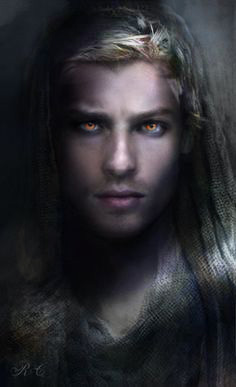 Season(s)
N/A (Lavosi Gang Wars)
Titles
Second Leader of the Broken Cloaks
Also known as
White Adder
Status
Deceased
Age
During Lavosi Gang Wars - 24
Died July 29, 244 AC (aged 30)
Date of birth
July 11th, 214 AC
Death
{{{Death}}}
Origin
Lavos
Allegiance
Broken Cloaks
Jorry 'Lavos'
Religion
The Dragonlord
Family
Broken Cloaks
Portrayed by
N/A
'Ser' Garryt was the second-in-command of the Broken Cloaks, a powerful and dangerous gang in Lavos, during the Lavosi Gang Wars. He was the right hand man of Jorry 'Lavos', and peer of Kallum Resno. 'Ser' Garryt was a man of Low-Drakonian descent; All he knew of his early life and his parents was that his father was a merchant, and his mother a common platinum-haired brothel whore.

When Garryt was a man of sixteen years, he met Jorry. The two quickly became friends as their goals and aspirations went along the same lines. He wanted power, wealth, and respect. Through blood, assassination, bribery, theft, murder, and steel he sure obtained it. Even the Lavosi government had the hardest time even putting a dent in their morale.

Garryt was actually his only name, for as an abandoned bastard, he had no family name. The prefix 'Ser' was given to him by Jorry when during a bout in a tavern, he attempted to don stolen armor and harass a barmaid with drunken chivalry.

It was on a summer day when Garryt was born. His father was a drunken Andorasi trader and his mother was a Drakonian brothel maid; the pregnancy was unexpected and he grew up with no father. His mother looked at the newly born babe, he had his mother's eyes and his father's temper. Growing up in a brothel, he learned to listen -- and listen he did. He could tell you everything about anyone within Lavos. He'd even buy drinks for people just to loosen their lips and share their secrets. Garryt was a man of great intrigue, not so bad as a gangster diplomat, and decent with a claymore.

He died on July 29th, 244 AC with Jorry 'Lavos' when they attempted to assassinate Victor Damius.

Retrieved from "https://a-crowns-price.fandom.com/wiki/%27Ser%27_Garryt?oldid=7841"
Community content is available under CC-BY-SA unless otherwise noted.